Three years. Again, it has been some time since I have added anything to this website. I have kept it up in order to have access to my old pieces, but I honestly assumed that would be it for me in the art scene. I simply would move on to other things in life since the chaos of it all left no time for creativity, or so I thought. When I received my diagnosis in October of 2013, I thought that it would all get better from there. I would begin treatment and I would gradually get more able bodied and for once, be able to go on with my life. If someone would have told me then what I was about to go through over the next three years, I probably would not have believed them and claimed them as cynical and crazy. In no way could I ever have imagined not only how sick I was, but how much work treatment took. Having a disease this serious in my body for over twenty years, by the time I was diagnosed, it caused a lot of damage to me neurologically. With my disease, when you begin treatment, it heightens all symptoms and causes mass die off. Added to that, you have to address all of the major bodily functions that were impacted as well. Treatment is a long process. It became evident about six months in that living in a major city far away from family was not going to work. I was too sick to fly home to my family on the east coast, so we drove over four days from San Francisco to Philadelphia. I am very lucky to be alive. The last doctor we saw in California told me there was nothing they could do for me and he agreed it was best that I went home to spend time with family. From what you see on television, and how as a society we are taught to view illness, it puts such a distortion on the reality of it all. How easy it is to become ill and how it is no ones responsibility but our own to get better and in some cases, there is no way to get better. I thought I was a woman of the world before this experience. Then reality hit and my naiveness was shone on with a rather large spotlight.

Over the last three years, I have fought for my life. My family has been uprooted. We have lost almost all of our stability, but we have each other. For a year I was bed ridden and unable to walk further than the bathroom. On good days, downstairs to get the mail. My disease targeted my brain in many ways and treatment made any light and sound excruciating. Someone closing a door too hard or turning on the light was nothing short of torture. This left me in a state of solitude for some time. People would call to stop by and I was embarrassed to tell them the truth and too sick to explain that my disease made me unable to tolerate noise and light. Music, which is about 95% of what I live for, was not an option. Unfortunately, it is something I am still working on. Too many people talking at once sends my head into a spin. My disease is also not well known, and again, therefore societally unaccepted. Patients like myself are shunned by family members, judged by loved ones and called hypochondriacs time and time again. I am very lucky for the people who have stood by me through all of this and also sad by those who I have lost. You never know who will stand by you until a situation like this takes its course.

To be honest, the experience is difficult for me to talk about. I cannot put it all into words. I find this frustrating. When I was first diagnosed, I wanted everyone to know what I went through. In some ways because I wanted people to understand and also so I could help others with similar experiences. As time went on, I discovered we all have to learn to walk our own paths. No one can teach us life experience. I have worked through a lot of anger and come to an understanding that it is Ok to express all experiences in different ways. My way is my artwork. Slowly, bit by bit over the last year, I have begun to see pieces of me come to life. Parts of me that I did not even know were not normal before diagnosis begin to work again. I had been sick for so long that I did not know what healthy felt like. I did not know how to go through a day without living behind something and acting like it was Ok. Without cope mechanisms. I had no idea life could be so simple. I always thought when I would begin to see major progress, I would be out doing much more. That is why I was very surprised that the first thing I wanted to do was to create again. It is almost like a tickle you feel when you are about to sneeze or when you listen to a particular album to get that good feeling where the hair on your arm stands up.

The interesting thing with being back in my home town, away from all of my belongings and away from all of my creative outlets, makes my artwork so much more raw. My art has always been based off of traveling and being outdoors, and my life now is my bedroom, the couch and doctors offices. I think this strengthened my eye. The extreme irony that what influences me most in life, being outdoors, is that what almost killed me. Perhaps it was something from my subconscious telling me the answer to all that ails me. Maybe not. All I know is that I am eager to create again. Although my body is limited in it’s mobility, I am lucky to have people who will take my detailed lists and take the time to get me supplies. I am very blessed to have the support that I have.

So work is in progress and I hope to have some new pieces soon. Stay tuned. 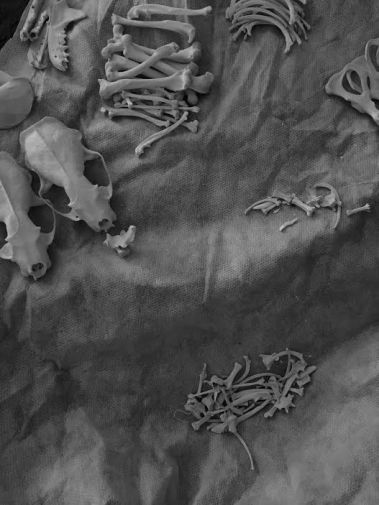